On this mother’s day I asked…
Where is Ariana? How is Ariana?
She told me she was afraid for her life.
How is it possible that this child can not get help from neither the USA or Germany officials.

Ariana has not been heard or physically seen by any family or friends, or school colleagues since March 2020 since isolated because of COVID-19 lockdown.

The new Netflix series “The Keepers” focuses on the slaying of Sister Catherine Cesnik in 1969, but also examines allegations of sexual abuse committed by Catholic priests and covered up by the church.

“White blood cells (WBCs) in our body help fight infections. There are various types of WBCs and each has its own way of fighting microbial infections. The most important WBC is called the neutrophil. 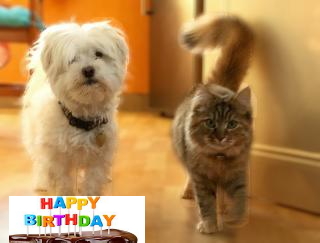 In a study by C. L. Andersen, et. al, published in the Journal of Internal Medicine, it was revealed that with regard to neutropenia :

The conclusion was that:

The lower the ANC, the greater the likelihood of these diseases. The relative risk estimates observed for severe neutropenia corresponded to absolute risks of haematological malignancies and mortality from any cause of 40% and >50%, respectively.

In other words, a low ANC cannot be ignored, and requires thorough investigation until the underlying condition causing the low ANC is determined and addressed.

In the first case, a school side, a 22-year-old man, was arrested after he allegedly filmed children performing sex acts on each other at a Maryland elementary school, police say.   Deonte Carraway allegedly “videotaped sexual acts between minors during the school day” at Judge Sylvania Woods Elementary School in Glenarden, where he was a volunteer teacher’s assistant, the Prince George’s County Police Department said in a news release.  A relative of one of the victims found a nude photo on the child’s cell phone that was sent to Carraway through a social messaging app, according to the news release.  Investigators have identified at least ten victims ranging in age from 9 to 13, according to the news release. Carraway is believed to have “targeted the victims,” the document adds.

Police say they have uncovered 40 videos showing the young children performing sexual acts on each other or alone at the direction of Carraway. He is also believed to have sexually abused some of the children, according to the news release.  The alleged videos were filmed at the school, a municipal center, aquatic center, and in private homes, police say.   Carraway allegedly admitted to his involvement in manufacturing and producing the child pornography, according to the news release. He was charged with ten counts of child pornography, sexual abuse of a minor, and a second-degree sexual offense.

In the second case,  social workers were sent to a home to investigate the man, a licensed foster parent who was later found to be involved with one of the worst child pornography rings. He lived in a two-bedroom house with two adopted sons, a preteen boy for whom he was seeking guardianship, and a neighborhood teenager who had moved in after an argument with his parents.  When questioned, the children denied the abuse. But the tipster, it seemed, had been at least half right. Searching the man’s computer, social workers found two photos of children, unrelated to the parent, posing in their underwear. The pictures had been taken by one of the foster parent’s friends, one of the boys said. Sometimes they spent time with that friend, the boy said.   To these social workers, these underwear pictures were concerning, but they were not concerning enough. Social workers classified the investigation as “inconclusive,” then closed their inquiry, according to Riverside County court documents.  The boys were left in the man’s home. His foster license was left intact.

Today, that same parent, John David Yoder, sits behind bars, a suspect in what officials have called one of the worst child pornography rings in Southern California in recent years. Yoder and three other suspects have been accused of victimizing as many as 15 children in Desert Hot Springs, including some of the boys that lived with him. Yoder was arrested in February as result of a separate investigation by law enforcement in Nevada. The charges he now faces are nearly identical to the allegations that were reported to the Riverside County Department of Public Social Services shortly before Christmas.  If social workers had acted differently in December, the boys in Yoder’s home could have been rescued six weeks earlier.

Like in Ariana-Leilani’s case, government officials are notorious for ignoring signs of abuse and neglect.

Please sign the petition to Save Washington DC Resident Ariana-Leilani.

Neutropenia, defined as an absolute blood neutrophil count (ANC) <1.5 G L−1, may accompany a variety of diseases. However, the clinical significance of neutropenia detected in a routine complete blood cell count is poorly understood. Neutropenia is associated with viral infections and hematological malignancies in a dose-dependent manner, according to a study published online Jan. 21 in the Journal of Internal Medicine.

C.L. Andersen, from the University of Copenhagen in Denmark, and colleagues examined the clinical significance of neutropenia. A primary care resource was used to examine the correlation with various conditions and all-cause mortality in the four years following neutropenia identification for more than 370,000 individuals.

Distinguished columnist Colby King writes that action needs to be taken now on the epidemic of child prostitution and trafficking in the District of Columbia:

“Human trafficking is a cruel and inhumane practice found in countries around the world. So it should come as no surprise that President Obama proclaimed this month National Slavery and Human Trafficking Prevention Month.

“The exploitation and coercion of girls and young women into prostitution, however, is not limited to places overseas.

“Right here in the nation’s capital, our most vulnerable residents — children — are subjected to sex slavery. Their stories don’t make the evening news or even warrant blurbs in your morning paper. But human trafficking is, and has been, a shadowy and seamy part of D.C. life….

“U.S. attorney spokesman Bill Miller told me this week, “Since 2009, about 70 defendants have been prosecuted in [federal and D.C. courts] on charges related to human trafficking . . . including abducting or enticing a child into prostitution.”

“The overwhelming majority of those cases” he added, “resulted in convictions.”

“The U.S. attorney’s office has a large task force and an active outreach program on human trafficking, and is urgently scheduling training sessions with D.C. police and schools. Seven churches are joining the Faith Coalition Against Sex Trafficking in our Nation’s Capital to sponsor a meeting Jan. 30.

“They can’t do it alone.

“Let’s help the president and the prosecutors: Human trafficking is in our region, in the nation’s capital, in your ward, on your block.

“Open your eyes. Don’t look abroad. Look down the street.”

Please sign the petition to Save DC Resident Ariana-Leilani.

According to a drug dealer’s claims in the criminal complaint filed by the FBI, a prominent Manhattan dentist Dr. Wolf told him “that he was actively involved in underground sex parties at various locations in New York City, including in Brooklyn, where participants would engage in sexual intercourse with animals.”    The dealer also said that Dr. Wolf had shown him videos “of infants and toddlers being sexually abused by adults,” including images of infants and toddlers being raped by men, according to the complaint.   The drug dealer had been arrested at Kennedy International Airport in March when he told the authorities that he had been swapping methamphetamine for Dr. Wolf’s dentistry.

Washington DC is also known for similar underground sex parties where children are abused.   However, DC Child and Family Services refuses to take on this problem, which often implicates powerful individuals in Washington, DC.   Child protection officials often given doctors and powerful individuals a “free pass” when it involves child pornography and child abuse.

Pakistan Arrests Father Over ‘Planned Sale’ Of Daughter Into Prostitution

Police in Pakistan have arrested a man for arranging to sell his 12-year-old daughter into prostitution in a case that highlights the dramatic abuses inflicted on women and children in some segments of society.

The father, who is in custody, acknowledges handing over two of his daughters in the past but insists that he merely hoped to give away Nushin in the “name of God.”

Police allege that Khan had agreed, via a broker, to sell Nushin for 200,000 rupees to two men from Punjab Province hundreds of kilometers to the southeast.

Each of the suspects could face up to 25 years in prison, if found guilty.

Nushin, who has been placed along with her brother under police protection, tells RFE/RL’s Radio Mashaal that her father previously sold her mother and two older sisters.

“I already lost my mother and two sisters,” she says, shakily fighting to hold back tears. “Now he tried to sell me to two Punjabi men. I don’t know what they would have done with me.”

Unfortunately, this is happening all over the world, including the United States.