The Food and Drug Administration (FDA) has announced changes to prescribing information for the atypical antipsychotic clozapine and a new shared risk evaluation and mitigation strategy (REMS) due to continuing safety concerns and current knowledge regarding the risk of severe neutropenia. Clozapine is indicated for the treatment of resistant schizophrenia and to reduce the risk of recurrent suicidal behavior in schizophrenia and schizoaffective disorders.

The requirements to monitor, prescribe, dispense, and receive clozapine are now incorporated into the new shared Clozapine REMS Program, which replaces the six individual clozapine registries. The REMS program includes all clozapine medicines in order to provide a centralized point of access for prescribers and pharmacists in managing the risk of neutropenia. Starting October 12, 2015, clozapine will be available only through the Clozapine REMS Program.

Important changes to the neutropenia monitoring recommendations and treatment algorithm for clozapine include:

This article originally appeared on MPR.

As a followup to Pope Francis’s blessing of Ariana-Leilani, in his meeting with Dr. Ariel Rosita King at the Vatican, urging Ariana-Leilani’s safe liberation from abuse, neglect and potentially fatal illness, the Pope has arrived in Washington DC to deliver his message to uplift those who are persecuted and the poor.

We hope that President Obama listens to his messages, and finally takes actions to protect Ariana-Leilani who lives several blocks from the White House in Washington, DC.

Please sign the petition to Save Ariana-Leilani and make Pope Francis’ blessings and wishes a reality.

Kara Loader is just like any sixth grade girl. She’s been playing the violin for seven years, loves softball, and says she’s really good at school. She’s a huge Taylor Swift fan, and she has a lot of friends. But something sets Kara apart from her friends and classmates, though it’s nothing you’d be able to see on the outside.

11-year-old Kara has been battling severe congenital neutropenia since birth. Neutropenia is a rare blood disorder, meaning her body doesn’t make enough neutrophils in her white blood cells. So when Kara gets sick, or even gets a cut, her body may not fight off the infection as quickly.

Kara has to be extra cautious and carry a medical kit with her at school, and when she gets really sick, Kara visits a hematology and oncology specialist at the Cleveland Clinic. She takes a shot of neupogen every day, which helps her build her neutrophils. However, she has to watch how much she takes, because the drug increases the risk of developing leukemia.

Kara has become a bit of a celebrity of her own in the neutropenia community. She said her video inspired a woman in her 30’s to talk about the disorder for the first time .”She always thought that it wasn’t okay, like, it wasn’t normal to tell people that you actually have it. And she said that my video actually gave her the courage to tell it to other people,” Kara said.

Kara said she has one message for anyone else battling neutropenia: “I would tell them everything’s going to be okay.” Kara and her family remain in contact with families they have encountered in the hospitals and at a yearly conference for neutropenia.

Ariana-Leilani also has suffered from neutropenia.   Sign her petition to assure she gets proper treatment and protection from abuse.

On a historical occasion, Pope Francis blessed Ariana-Leilani, in his meeting with Dr. Ariel Rosita King urging Ariana-Leilani’s safe liberation from abuse, neglect and potentially fatal illness.   Before an audience of thousands at the Vatican, he placed his hand upon her picture and gave his blessings after hearing her tragic story.   Please sign the petition to Save Ariana-Leilani and make Pope Francis’ blessings and wishes a reality. 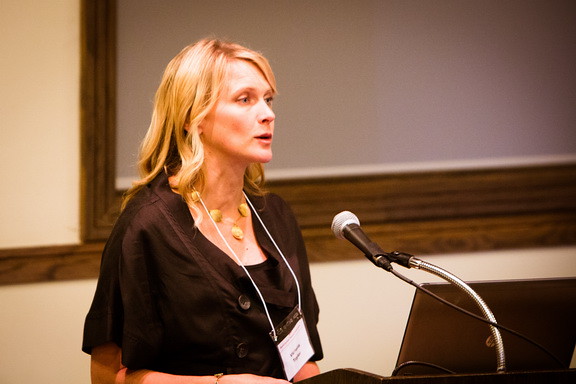 The 2014 Neutropenia Family Conference was the most informative and well attended.

Copies of the informative presentations from the 2014 Conference on neutropenia are now available, including those by Dr. David Dale, Dr. Boxer, Dr. Bonilla, and Dr. james Connelly:

Participants in the 2014 Neutropenia Family Conference will have a chance to speak with the experts, hear presentations covering the latest treatment and research, and to participate in programs geared toward managing life with neutropenia in it. It is a weekend of learning and fun for the children. There will be many opportunities for participants to get to know each other in a comfortable and nurturing setting.

This year sessions will start on Friday July 11th at 1:00 PM with a choice of workshops and an opening session for all.  The popular Friday Meet and Greet Reception has not gone away. As in the past families and presenters will have a chance to mingle and get to know each other while enjoying a filling assortment of appetizers.

Private one-on-one sessions with the doctors will be offered towards the end of the conference on Saturday afternoon instead of before the opening session on Friday.This should make them more productive than ever as patients will have the benefit of knowledge gained at workshops.

This year with the first ever Friday Kids Kamp parents will have the opportunity to attend the educational sessions on Friday afternoon from 1:00 to 5:00 knowing their children are having fun in a safe environment with their peers. Children will be welcomed back to Kids Kamp on Saturday from 8:30 to 4:30 where another day of learning and fun activities will be presented by the Child Life staff from the University of Michigan.

Kids Kamp is now divided into two age groups. One for ages 3-5 and one for ages 6 and older.

On Saturday evening there will be a family dinner where participants can relax and enjoy time with new friends.

The 2014 Neutropenia Family Conference comes to a close on Sunday, July 13 after breakfast and a final session.

To learn more and/or to register go to Neutropenia Family Conference. www.neutropenianet.org.

The Mayo Clinic notes that honey may be a promising and inexpensive way to prevent low white blood cell count caused by chemotherapy. In one small trial, 40 percent of cancer patients who were known to be at risk of neutropenia (very low blood count) had no further episodes of the condition after taking two teaspoons daily of therapeutic honey during chemotherapy. More research is needed, but the remedy could hold great potential.

Medscape News published a list of the top selling drugs in the United States based on a list produced by IMS Health.   Amgen’s Neulasta, a long acting form of neupogen for the treatment of neutropenia (the treatment denied but needed by Ariana-Leilani), made tenth place at $3.6 billion in annual sales.   Read more at Medscape